from Everybody Hates Elves by Kari Maaren 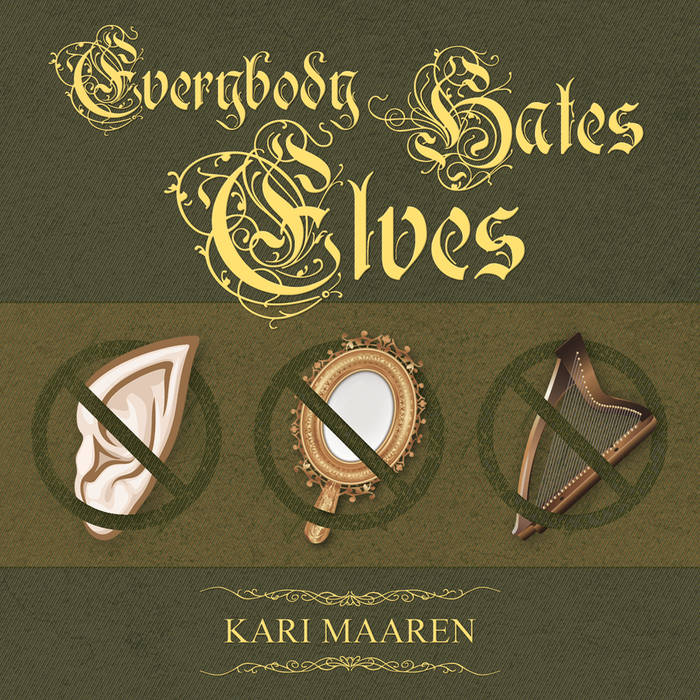 And yes, every element in the song is something I learned about Star Trek without ever having watched more than one episode of the original series, one episode of TNG, one of the films (Generations, but don't mock me; it was for a class), one of the reboot films, and various fragments on YouTube (I can even play Picard's little song thingy on my whistle). The rest of the information came from conversations with friends who were Trek fans. I have never dated a Trek fan, though, so that part's made up.

Why is it not okay that I don't know anything about Star Trek?
Why is it so absurd that I don't follow the rules of this game?
I hear you discussing the Borg.
I'd rather be trapped in the morgue
Than contribute to that conversation.

Why are you so surprised that I don't know anything about Star Trek
While it's okay that you think that Darth Vader is lame?
I find it colossally hard
To feign interest in Jean-Luc Picard,
And I wish we could pick a new station.

I know you, Captain Kirk. I can't avoid you.
Spock is a Vulcan who has pointy ears.
"Beam me up, Scotty," I cried, and annoyed you,
'Cause Kirk never said that, and then there were tears,
And you hugged your stuffed tribble, and I still don't know
What a tribble is.
What a tribble is.

Why are you angry that I've never watched a full season of Star Trek?
God knows I've tried, but I can't, and no, it's not because I'm a girl.
I watched BSG before you
Stargate, Firefly, and Doctor Who,
So I don't understand what you're saying.

Why must I be ashamed that I would rather read books than watch Star Trek?
I'm not sure what a Ferengi is, so I'm a churl.
You claim that I'm not a real geek,
But I think your logic is weak,
And I'm not as bad as you're portraying.

Being a redshirt is bad for some reason.
Klingons are bumpy, though why, I don't know.
Thinking that Star Wars is better is treason.
It is a good thing to say "Make it so."
Jean-Luc Picard is the best unless Kirk is.
All of the spinoffs are both bad and good.
Watching the movies and going berserk is
Okay if they're odd-numbered; that's understood.
Star Trek conventions are fun for the fanboys.
Wesley's annoying, but Wheaton is great.
The fans will attack you if you call them man-boys,
And Spock's resurrection is all right to hate.
There are four lights, and Picard plays a whistle,
And Kirk kissed Uhura, which was a big deal.
Bakula's series may merit dismissal,
Or not; all I know is it must make you feel.
Crusher and Riker and Data and Sulu.
You'll happily watch any series that's on.
And now even better: they're all up on Hulu.
If you cannot access them, you just scream, "Khaaaaan!"
None of these elements actually makes
Any sense to me.
Any sense to me.

Why are you leaving me due to my not knowing stuff about Star Trek?
I didn't dump you when you told me outright that Tolkien was crap.
I sicken you, but you will pay
For five seconds with George Takei
After six hours of waiting.

I am a bit relieved that I don't have to fake interest in Star Trek
For some Klingon speaker who can't find Berlin on a map.
I think that I'll go on a binge
And watch all five seasons of Fringe,
Which I expect is less grating.

Why is it not okay that I don't know anything about Star Trek?

from Everybody Hates Elves, released April 8, 2015
Written and performed by Kari Maaren.